5 Things that happen when you hit 162 years old.

We’re not sure if you noticed, but Charles P. Rogers has been around for a very long time. 162 years to be exact. And while of course all this experience means amazing products, there are a few other things that happen when you’ve been around for so long. It’s kinda like life.

You Get Obsessed with your history and memorabilia.

We love collecting old stuff from our history. I mean, how cool is it to hold a receipt from the 1800s from the company you work at now! We also have canvas portraits of Charles P. Rogers himself in 2 of our retail locations, just to remember the man that started it all. To some, they might seem like shrines, but to us it’s cool to respect your roots.

You start to feel your age.

It may sound silly, but it’s mind blowing to think of how long 162 years is. Charles P. Rogers came before breakfast cereal, the Statue of Liberty, AND elevators. Check it out here:

You start getting really, really confident.

It’s no secret that company after company trying to revolutionize the mattress industry is popping up. We match their few months of testing to 162 years of bed making experience. It makes you a little more confident in your products. The proof is in the results.

See what the professionals think

Charles P. Rogers is proud to be part of the 100 Years Association, an organization in New York that recognizes dedication to public service. And as the name implies, you get to be a member if you’ve been in continuous business for over 100 years. Pretty cool. 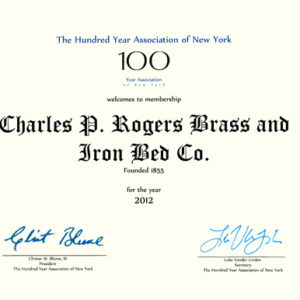 You are excited for what’s still to come.

After being around for so long, Charles P. Rogers is excited for even more growth and innovation.We love helping sleep better and hope to be doing it for another 162 years. We sincerely thank everyone that has supported us throughout the years. We continuously strive to bring you better products. And know if the past is any guide, we hope for many years success!

Posted in Inside Look | Tagged 5 things when you turn, history, intospection | Leave a comment 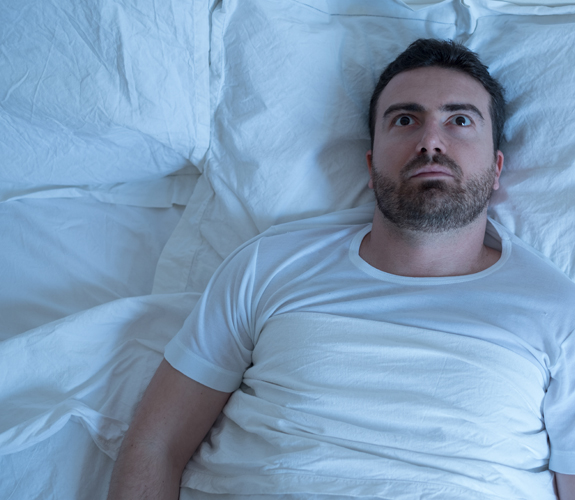 It is finally the time of year when summer ends, and we all breathe a sigh of relief. Not because of weather, but the return of television. The time when the fluffy, summer filler shows are replaced with the exciting fall content. And, at the helm of it this year, is Game of Thrones.

We prepared for the return of this fantasy with a cult following with a special dinner, and sat down to watch it exactly at 9PM that Sunday night. Many of my coworkers make it a point to watch Game of Thrones live, and on Monday mornings the office is a buzz of discussion. Watching Sunday night is mandatory.

This got me thinking. Game of Thrones is a notoriously intense and violent show. And, 9 PM is fairly late to get yourself revved up by complicated banter, battles, and the more than occasional gruesome death. And Game of Thrones is not alone. With every new show either filled with action or attempting to shock and horrify you in new ways to keep you entertained (I’m looking at you Black Mirror) , we have to ask: what do these beloved prime time dramas and bingeable online shows do to our sleep?

According to Men’s Health, two-thirds of people in every single country watch TV in the hour before bed. And indeed, according to Men’s Health, a new study suggests that people who watch violent TV right before bed may suffer more nightmares than those who don’t, which could certainly disturb your sleep. The idea is that when you watch TV, it triggers memories and feelings in your brain subconsciously that are brought back up while you are asleep. It’s been proven waking thoughts extend into dreams, and this is the same idea.

In this day in age, it’s not just the intensity of shows that keep us up however. It’s the availability of shows to binge watch as well. In the UK, around 10 million Brits admit that they have stayed up too late and were tired the next day due to binge watching TV. (BBC.com) No longer slaves to the broadcast schedule, many give into temptation and put on “just one more” before slumbering off. In addition, more and more people stay up to finish live television. This all amounts to a sleep debt: people flat out getting less sleep because they are still awake.

So what can you do? Watch less TV, or curb your viewing before bed. Try to stick to lighter fare in the later hours of the night. Set more of a routine (regular routines are good for sleep anyway) and have a specific bedtime that you won’t let TV seep into. We try to be in bed by 10:30 every night, so we won’t start another episode of anything past 9:45. Switch to reading before bed. Or, just deal with the consequences. We all know that sleep one of the most imperative things for your health. But, if you are willing to accept the following day grogginess every once in awhile to see the next big twist, more power to you. Everything in moderation, right? 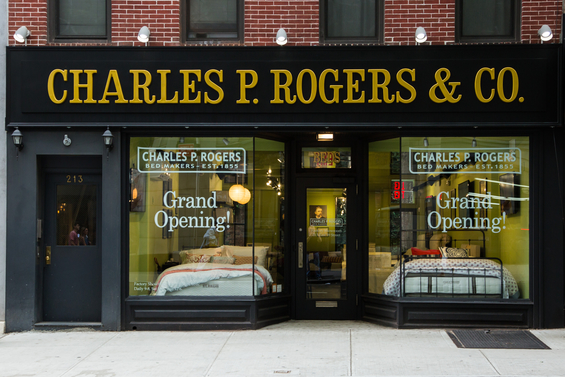 We have opened a new factory showroom at 213 East 59 Street, between 2-3 Avenues, in Manhattan. If you are in the neighborhood please stop by, say hi, and test drive one of our fantastic mattresses!