Movies in Bed: Rogue One 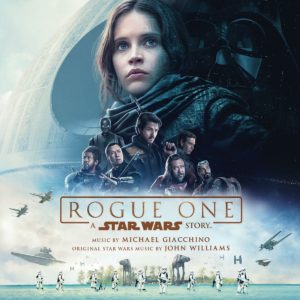 I might be late in the game, but Rogue One was just made available on Netflix.

For those who don’t know, Rogue One is the latest spinoff in the modern reboot of Star Wars. It takes place right before A New Hope out of the classic trilogy. Remember at the beginning of A New Hope, when the iconic text rolls across the screen revealing that rebel spies managed to capture the plans to the Death Star? Rogue One is the story of how many good men died to get those plans that would later be used to destroy the legendary enemy weapon.

Though it only includes faint cameos of a few of the familiar characters, Rogue One is very much a Star Wars movie. It’s a story about a raggedy orphan that bands together with other raggedy people to carry out a mission that is severely shorthanded. It’s a little more cheeky and comedic than the originals, and you get to see more of the daily life in the galaxy. There is, of course, a delightful droid as always, and some of the best action sequences of any Star Wars movie, due to crazy-cool innovations in cinematography and animation.

Don’t be fooled though, for all the fun it is, it has a dramatic ending that will leave you with your mouth open and tears in your eyes, but also feeling the wondrous excitement and fulfilment of classic Star Wars. Keep an eye out for incredible CGI and live action resurrections of key characters from a New Hope-you won’t miss them. In fact, if I was cynical I would say the whole movie was made just to bring them back. But in reality, Rogue One stands very strong by itself, satisfying any hard core Star Wars fan, even if it’s just a tidbit to tide us over until The Last Jedi. It’s the perfect thing to send you off to sleep feeling like you could conquer anything, even Darth Vader.