Ever wake up late, hungry, but not quite wanting breakfast? Perhaps not quite wanting lunch as well, but not in the mood for a fussy brunch? That’s when you should break out the egg salad. Hard-boiled eggs, chopped and mixed with mayonnaise and fresh herbs, always hit the spot. Guaranteed to go fast, I strongly recommend cooking a few extra eggs. You can always use them for a quick snack, to top a Russian salad, or for a sixties-style deviled egg appetizer. Perhaps let your kids have a go at making egg salad (no cooking required), and let them serve you in style. I like my egg salad sandwich on a crusty roll, but feel free to use soft brioche or lightly toasted white bread. Thick rich rye and pumpernickels are also wonderful – a nice contrast of thick, grainy bread against creamy, herbed eggs.


Whatever your pleasure, I hope you enjoy and savor your late, not-so-breakfasty breakfast in bed! Place eggs in a small heavy saucepan and cover with water. Bring to a boil on high heat and continue to cook eggs for 10 minutes, until hard-boiled. Cool and peel. Finely chop eggs and place in small bowl. Stir in mayonnaise and fresh dill. Season with salt and pepper to taste.

Spread egg salad mixture on one half of roll. Top with baby arugula and serve. Eat Right and Sleep Well: Foods to Help You Sleep

Posted on August 6, 2015 by charlesprogers

We all have those nights when we can barely keep our eyes open, but we’re also familiar with those evenings when we can’t seem to get to sleep no matter how many sheep we count. Few people realize that diet can play a significant role in our ability to fall and stay asleep until the alarm buzzer sounds in the a.m. Avoiding caffeine-filled foods, alcohol, and heavy meals too close to bedtime can make dozing off less troublesome.

Above and beyond these things we shouldn’t eat, try eating those foods that help promote a healthy night’s sleep. Read on to see if any of your favorites made the list.

Salmon
Known for its share of vitamin B6, which is needed for our bodies to produce melatonin, salmon encourages a good night’s rest, as does halibut and tuna. 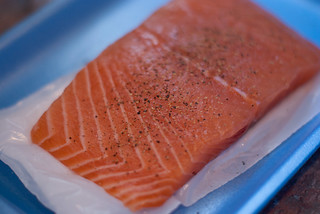 Yogurt
Did you know that calcium deficiency can keep you from sleeping? Yogurt and milk are rich in calcium, so regularly including dairy products in our diet could make a difference in our sleep habits. 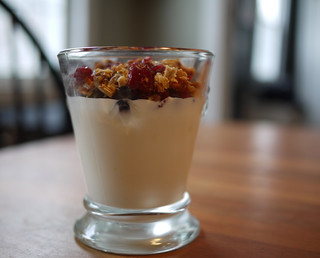 Whole grains
Foods like barley, millet, and bulgur are rich in magnesium, which has been known to keep us fast asleep through the night. 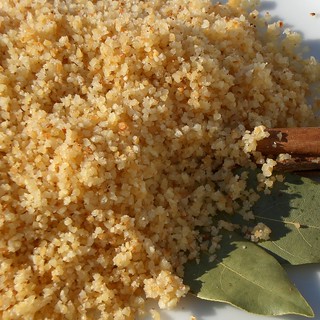 Chickpeas
Those cute little beans that we often eat in salads and use to make hummus are jam-packed with tryptophan, a natural sleep inducer. In a nutshell, keep dipping those veggies. 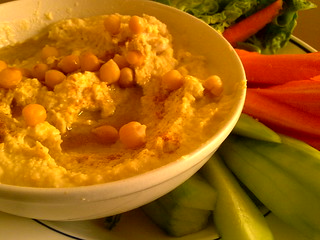 Bananas
Usually considered a breakfast food, bananas release natural chemicals needed to relax before falling fast asleep. Rather than drinking a cup of warm milk –– the classic bedtime remedy –– try a half banana instead. When was the last time you decorated your bedroom? If it’s been a decade or more, your space probably looks a little outdated. Even if you have a classic brass bed that remains timeless, things like patterns and accessories can start to look tired and lifeless after a while.

Updating your sleep space might not require as much time and energy as you think, however. Take a look at these five tips to help you modernize your bedroom, so it’s feeling fresh and stylish in a flash.

1. Play with fabrics
It’s easy to see how the above bedroom could look dull and dated without the prints on the curtains and pillows, which add a splash to the interior. Don’t be afraid to try a new pattern, even if it’s on the trendy side.

2. Create an interesting bed wall.
Cabinetry and an over-the-bed shelf add interest and dimension to this white room’s bed wall in an Amsterdam home.

3. Purchase a sleek platform bed.
A platform bed can facelift even the most dated bedroom. Transform your space by adding a modern bed or headboard.

4. Accessorize
A chandelier, clean no-fuss art above the bed, accent pillows and a throw at the foot of the bed, breathe life into this Minneapolis bedroom.

5. Add a classic modern piece or a conversation-starter.
A Scandanavian chair dresses up the corner of this contemporary bedroom. A sculptural piece of furniture or an objet d’art can add flavor to an otherwise bland interior.