Roman shades are one of the most elegant window treatment options for any space, but I adore Romans in the bedroom because they can provide privacy, temperature control, and still allow some light to filter in. If you’re fond of complete darkness when you’re falling to sleep and waking up, you can add a layer of blackout lining, so these shades are versatile as well.

Most often, Roman shades fold up accordion style and get raised and lowered by a cord on one side. They can be inside mount (hung within the window frame and allowing more light to seep into the space), or outside mount (installed over the window casing), providing more light blockage and privacy.

If you prefer bold patterns, you’ll want to go with a classic –– also called a flat Roman –– to showcase the fabric. This style is simple and chic.

If you have a solid fabric, you might like the hobbled Roman, which gracefully cascades in folds and makes more of a statement in your room.

The European style shade is my personal favorite because it’s softer, a bit less structured than the classic style, and it curves in the center as it’s raised.

Romans can take embellishments such as trims, banding, and tape, dressing up even the plainest designs.

Roman shades can act as a base layer, and look terrific with draperies on top too, framing and softening your windows.

Whether your bedroom is casual, formal, or any style in between, Roman shades can be a practical yet fashionable choice to cover your windows and dress up your sleep space. Best Bedding: Down or Synthetic?

Posted on September 3, 2015 by charlesprogers

Down pillows provide restful sleep for some, but for others, snoozing on down can provoke allergic reactions and even cause insomnia. Before you begin shopping for bedding, you’ll want to be sure that down will help you get a good night’s sleep.

Even a low percentage of down can bring on an allergy attack. As an allergy sufferer myself, I learned that my allergies improve when I sleep on a synthetic pillow. If you like the feel of down, it’s fairly easy to find non-down pillows with a down-feather feel. Granted, any bed accoutrement lacking actual feathers won’t mimic the sumptuousness of down, but rather, be a suitable substitute, and usually provide enough comfort for a sound sleep. 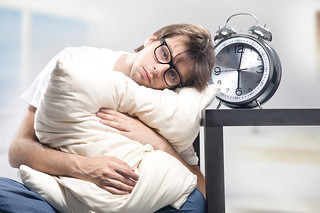 Down pillows can attract dust mites, which is another allergen and asthma irritant, found in bedding and households in general. If you suffer from allergies or asthma, you might consider synthetic pillows and bedding. Typically, synthetics are covered in materials that resist dust mites and allergens and come free of dyes. Most often, the maintenance of synthetic bedding is easier and doesn’t require professional cleaning, but can be laundered at home instead.

Down can also be a breeding ground for mold and mildew under the right conditions, so that’s something else to consider when choosing feather vs. synthetic bedding. Do you live in an unusually moist environment? If so, synthetic might be the way to go.

If you choose to go with synthetics, you can find any size hypoallergenic pillow and comforter. While you’re at it, select hypoallergenic mattress cover and sheets too.

If you’re certain you and your family are allergy-free, and you can’t resist the feel of real down, then by all means, envelope your bed with down and sink into your feather-filled cocoon every night. Otherwise, you’re probably better off with hypoallergenic bed clothes for a healthier bedroom, not to mention night after night of restful sleep.

Posted on September 2, 2015 by charlesprogers The glorious weather we’ve been having has put me in a bit of a funk: beautiful, sunny days + low humidity + perfect temperatures + shorter days = end of summer. 🙁 🙁

So I turn to the perfect pick-me-up – peach pie! There are a few good things the close of August brings, and one of my top picks is luscious, ruby-red, drippingly sweet peaches. This time I’ve made my pie open face, but the recipe yields enough dough to place a top crust on, if you like (freeze any extra pie dough for a future quick dessert or savory quiche). If your peaches are extra sweet, use a little less sugar. If they’re extra juicy, add a touch more flour.

At this time of year, I recommend acquiring a few more peaches than needed, just in case you nibble some away before preparing your peachy, perfect, pick-me-up breakfast in bed. J To make filling, peel peaches by cutting a small “x” in the bottom of the fruit. Carefully drop the peaches into boiling water and blanch for up to one minute. Remove peaches from pot and immerse in ice water. Peel off peach skin starting at the “x’. Slice peaches by cutting lengthwise to the pit, and pulling slices away from pit. Place peach slices in a large bowl. Stir in sugar, cinnamon, vanilla and flour. Pour filling into prepared pie crust. Bedtime Stories: How to Grow Up and RULE THE WORLD

Posted on September 1, 2015 by charlesprogers All kids need to have goals in life. Even if it’s something small, like learning to tie your shoes or reading that long chapter book all on your own. That’s all well and good for some, but that may not be enough for those who REALLY strive for something bigger. So if you have a son or daughter who aims to dominate, rule, and crush the enemy, How to Grow Up and RULE THE WORLD by VORDAK the Incomprehensible may be a good start.

Assuming you pass the Evil Aptitude Test, Vordak will guide your child through all the necessary steps to becoming an indomitable force, complete with handy diagrams! One of the first things you need to do is to pick a supremely villainous name. There is a chart to help with this. Just be sure it includes the word “the”, pronounced “thee”. Learn how to master evil laughter, how to load up your utility belt, and how to pick out the costume that embodies your particular brand of evilness best.

Vordak will also show you the pros and cons of various “diabolically clever yet extremely slow-acting death traps” like tying a superhero to a conveyor belt with a buzz saw at the end. He will show you the proper way to aim a space laser.

My son has been having a lot of fun with this book and so far no evil side-effects. Good for short-attention-span thumbing through and chock full of fun pictures, this book will entertain future supervillians for hours on end!